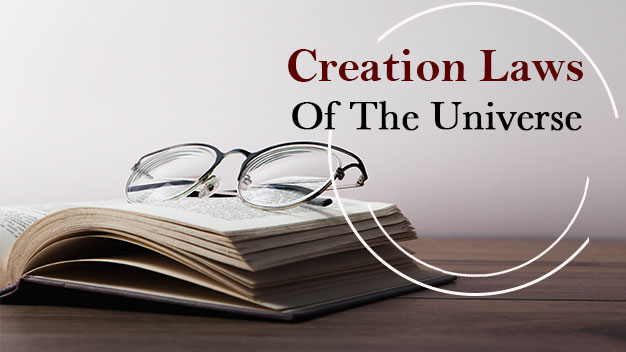 Creation Laws Of The Universe

(A prerequisite for understanding all the laws, is that everything that is our material [coarse-material] and immaterial [fine-fluidal / spirit ] makeup comes from the totality [absolute-absolutum] of Creation. Therefore, we logically have to then abide by its Creational and Natural laws as we art partpiece / part and parcel of Creation itself. That part-piece / part and parcel that embodies and harness all those characteristics is the spirit.)

“The Creation as Creation, is the Creation of all Creation and of itself, and it alone is the concentrated power of the living origin, of the life and of the BEING.” – BEAM

– Law of Free Will / Law of Confusion

– Law of Becoming and Passing / Reincarnation

– Law of Contrariness / Law of Opposites

– Law of Fairness / Law of Equality

– Law of the following of the Gewalt